Characteristics of this variety:

Attention: Potato seedlings can only be sold within the EU, excl. Ireland. Each package contains 10 pieces.

“King Edward” is a traditional English potato variety, which is one of the oldest in Europe.
Just like the name, the skin of “King Edward” is also something special because of the blush-colored spots on the yellow skin. Not only the appearance, but also the excellent and slightly nutty taste make this variety almost royal. It is predominantly waxy with a fluffy texture and can be harvested medium-early to medium-late.

You are asking yourself what first early, second early and maincrop means?
Then have a look at the video at the end of this page.

In the table down below you can find further potato seedling varieties of our range. 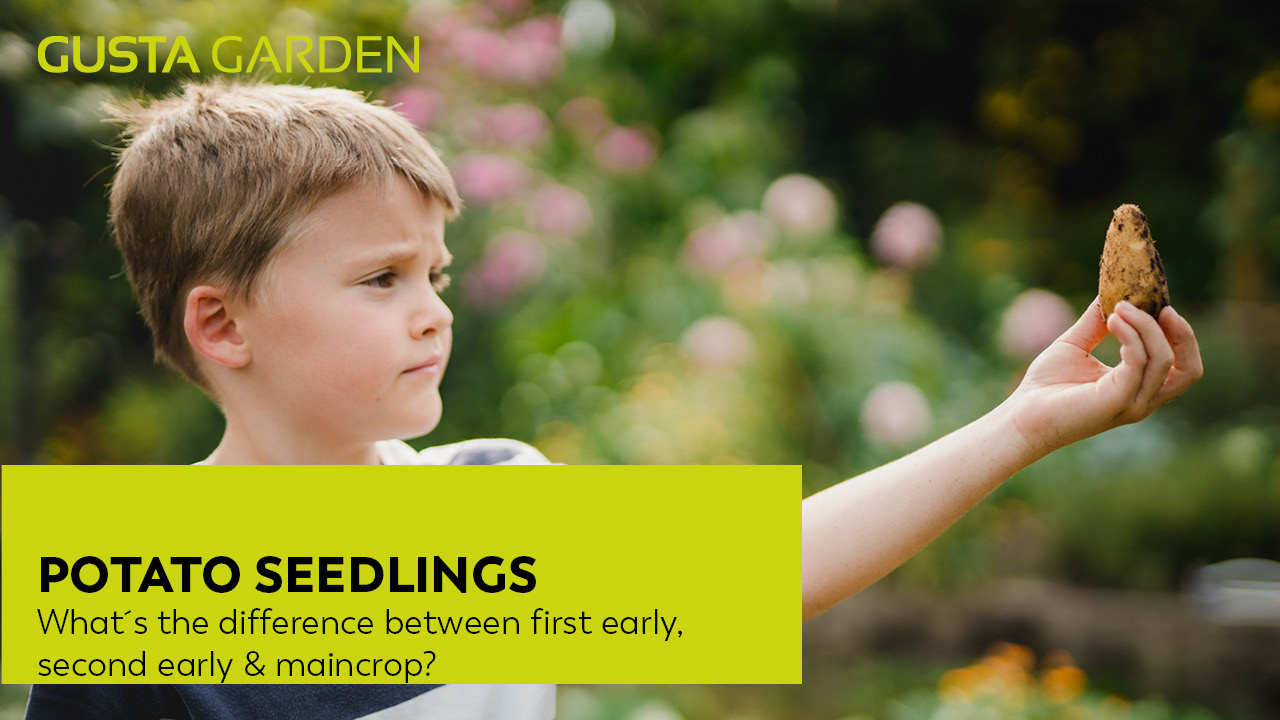